A memorial to Walter Lange

Glashütte pays tribute to the watchmaking pioneer who played a key role in rebuilding Saxony’s precision watchmaking industry from 1990.

A memorial to the company’s founder Walter Lange was unveiled in the redesigned square outside the Saint Wolfgang church on 18 September as part of celebrations to mark the 175th anniversary of Glashütte’s watchmaking industry. By doing so, the town is paying tribute to the man who brought precision watchmaking to Glashütte for a second time after the German reunification in 1990. Without his far-sighted decision to continue his family’s legacy and make a fresh start, there would be no flourishing watchmaking industry in Saxony today.

“When the Berlin Wall came down in 1989, Walter Lange was concerned with more than just reviving the A. Lange & Söhne name,” explained Lange CEO Wilhelm Schmid. “He always viewed it as a major personal endeavour to provide a new outlook for the people of Glashütte. These two goals were equally important to him.” According to Wilhelm Schmid, continuing the legacy of Walter Lange remains both a challenge and a duty: “We are continuing Walter Lange’s work just as he intended, with a commitment to the well-being of the town and its people.”

“When the Berlin Wall came down in 1989, Walter Lange was concerned with more than just reviving the A. Lange & Söhne name,” explained Lange CEO Wilhelm Schmid. “He always viewed it as a major personal endeavour to provide a new outlook for the people of Glashütte. These two goals were equally important to him.” According to Wilhelm Schmid, continuing the legacy of Walter Lange remains both a challenge and a duty: “We are continuing Walter Lange’s work just as he intended, with a commitment to the well-being of the town and its people.”

The mayor of Glashütte, Markus Dressler, described Walter Lange as “a courageous watchmaking pioneer to whom Glashütte owes a great deal.” He added: “He deserves this memorial erected in recognition of his life’s work, a memorial that reminds us of his dedication to Glashütte.”

The ceremony was attended by guests from the world of politics, society, and business. The unveiling was described as “a very poignant moment” by Hartmut Knothe, who helped to build the company from the ground up as one of the first managing directors. The former Minister-President of Saxony, Kurt Biedenkopf, joined the son of the honoured, Benjamin Lange, in thanking the companies involved, as well as the people of Glashütte and the Free State of Saxony, without whose support this project would never have come to fruition.

Hamburg sculptor Thomas Jastram has succeeded in capturing the essence of Walter Lange, depicting him as a life-sized bronze figure that meets the onlooker at eye level. This ties in with the general perception of Walter Lange as a warm and approachable person, someone who never wanted to be put on a pedestal. By creating the impression of Lange’s likeness taking a step forward, the sculptor has encapsulated the dynamic personality of an individual who vowed never to stand still. The spatial exploration of the human form is a key theme in the work of Thomas Jastram, who studied at the Dresden University of Fine Arts.

The site of the memorial on the redesigned church square reflects the intimate connection between the Lange family and Glashütte. It stands just a few metres away from the commemorative stone for Walter Lange’s great-grandfather Ferdinand Adolph Lange, who brought precision watchmaking to Glashütte for the first time 175 years ago.

Walter Lange was born in Dresden on 29 July 1924. He was the great-grandson of Ferdinand Adolph Lange, who laid the foundations for Saxony’s precision watchmaking industry 175 years ago. Walter Lange’s father Rudolf took the company into its third generation with his brothers Otto and Gerhard in 1922. Walter Lange joined the company later, after training as a watchmaker. In 1948, expropriation and political persecution forced him to flee to West Germany, where he ran a watch wholesaler in Pforzheim with his brothers. Years later, the fall of the Berlin Wall and Germany’s reunification gave him the opportunity to revive his family’s legacy. On 7 December 1990, he founded Lange Uhren GmbH and registered the A. Lange & Söhne trademark worldwide. Following a four-year development period, Lange unveiled the first four wristwatches of this new era at the Residenzschloss in Dresden on 24 October 1994 together with his business partner Günter Blümlein. His bold initiative also gave other well-known watch manufacturers and suppliers the courage to settle in Glashütte. Home to around a dozen companies and roughly 1,700 jobs in the watchmaking industry, Glashütte is now once again the most important watchmaking hub in Germany. A. Lange & Söhne is the biggest employer in the region, with around 600 employees at site. In recognition of his services, Walter Lange was made an honorary citizen of the town of Glashütte. He was also awarded the order of merit of Saxony and the cross of merit of the Federal Republic of Germany. Walter Lange remained closely connected to the company as a representative right up until his death on 17 January 2017.

About A. Lange & Söhne

Dresden watchmaker Ferdinand Adolph Lange laid the cornerstone of Saxony's precision watchmaking industry when he established his manufactory in 1845. His precious pocket watches remain highly coveted among collectors all over the world. The company was expropriated after World War II, and the name A. Lange & Söhne nearly vanished. In 1990, Ferdinand Adolph Lange’s great-grandson Walter Lange had the courage to relaunch the brand. Today, Lange crafts only a few thousand wristwatches per year, predominantly in gold or platinum. They are endowed exclusively with proprietary movements that are lavishly decorated by hand and assembled twice. With 66 manufacture calibres developed since 1990, A. Lange & Söhne has secured a top-tier position in the world of watchmaking. Brand icons such as the LANGE 1 with the first outsize date in a regularly produced wristwatch, and the ZEITWERK with its precisely jumping numerals display, rank among the company's greatest successes. Exceptional complications such as the ZEITWERK MINUTE REPEATER, the TRIPLE SPLIT, and the so far most complicated model, the GRAND COMPLICATION presented in 2013 in a six-watch limited edition, reflect the manufactory's determination to achieve ever new pinnacles in its tradition-steeped horological artistry. Launched in 2019, the sporty-elegant ODYSSEUS marks the beginning of a new chapter for A. Lange & Söhne.

Comments (0)
Thank you for your message. 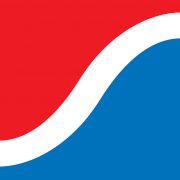 A memorial to Walter Lange